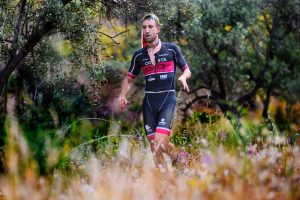 This case involves a 28 year old male recreational athlete who presented with chronic abdominal bloating and pain with diarrhoea which had been getting progressively worse for the last 6 months. He was also experiencing severe cramping in his calf muscles during training and competition. Although a recreational athlete this client trains one to two times daily for running competitions between 10 km – 42 km. He also enjoys mountain bike riding and swimming and fits in a gym session a week.

A comprehensive dietary review revealed that this client consumed a large amount of high FODMAP foods which are known to contribute to the irritable bowel like symptoms he experienced. It was also established that he did not hydrate well or take any form of electrolytes during training or competition.

It was recognised that there are two separate nutrition related ‘issues’ here. One being what presented as fairly straight forward irritable bowel syndrome (IBS) and the other exercise induced muscle cramping.

During the initial consultation a full diet and exercise history was established along with any supplements or medications taken. The client did not take any form of supplements or medication on a regular basis. He was reviewed for any ‘red flags’ that would present as irritable bowel symptoms but are more sinister in nature. Having none of these red flags it was established that further medical investigations were not warranted at this stage and we could move straight on to the ‘gold standard’ for IBS treatment, the low FODAMP diet. A comprehensive explanation was given about what IBS is and how to implement the low FODMAP diet. Resource sheets were provided along with information of where to seek further reliable education. The client was instructed to ring or email SWNS with any questions.

In regards to the IBS, it was now time to challenge food to establish which of the FODMAPs were a problem specifically to the client. He was instructed on how to carry out the ‘FODMAP food challenges’ in a systematic fashion and given clear written information on this. An appointment was made for six weeks later.
At this appointment the client had discovered through the food challenging that he was mildly intolerant to two of the FODMAPs and severely intolerant to one. The other FODMAPs did not invoke a reaction so were deemed tolerable. It was then discussed how the client could incorporate the tolerated FODMAP foods back into his diet and what ones to continue to limit at this point in time.

This case involves a 54 year old male who had undergone a ‘distal subtotal gastrectomy’ two years previously for gastric cancer. He is a Vietnam Veteran who accesses SWNS through DVA (Department of Veteran’s Affairs). The client had received dietetics advice while in hospital post-surgery however was still experiencing ‘dumping’ syndrome on a daily basis. He had lost over 15 kilograms since the surgery and his BMI (weight for height) was 18. He was feeling lethargic, dehydrated and often had ‘low mood’. Gastro-oesophageal reflux was also a problem especially during the night when the client was attempting to sleep. He was not taking any form of vitamins or minerals. The client stated he was wanting to get back into bike riding but did not have the energy to do so. The whole experience was becoming overwhelming for both him and his wife.

At the initial consultation a detailed diet history was taken along with any medications and supplements. The dietary review revealed that the client was drinking a sports drink on a daily basis to give him a “boost” and improve the dehydration he was experiencing. He also enjoyed a cake for afternoon tea a few times per week in the hope that it would help him gain some of the weight he had lost. After a gastrectomy sugar in the form of fluids or foods is known to cause ‘dumping’ which results in diarrhoea soon after eating.

The client also enjoyed a cup of tea soon after breakfast and lunch and about 30 minutes before going to bed. Fluids consumed with meals are not tolerated after a full gastrectomy and are known to exacerbate reflux and ‘dumping’ syndrome.
A BMI of 18 indicates a low weight-for-height and slight undernourishment. A low sugar nutritional supplement would likely help add calories, fluid, vitamins and minerals to the client’s diet without causing dumping syndrome.

It was recommended that the client stop all high sugar foods and fluids such as the sports drink and cake. Suitable alternatives were recommended.
A suitable low sugar nutritional drink was recommended to drink twice daily in between meals.
It was also recommended that the client drink fluids in between meals and not to drink a cup of tea before bed.
The nutritional supplement and an electrolyte replacement was organized through DVA so the cost was covered by this organization. The client was instructed to go to his GP who would write out a script for these items once DVA had given its authority. The cost of the appointment was covered by DVA and a review appointment was made for 3 weeks.
Three weeks later the client returned and stated that he had a significant improvement in his dumping and reflux symptoms and had gained 1.1kg. He was feeling better hydrated and had more energy but still wasn’t at his best. His wife was keen to obtain some cake recipes that were suitable alternatives to the ones that she previously cooked.
Low sugar, nutritious recipe ideas were given and it was recommended that the client continue the electrolyte replacer and nutritional drinks with the knowledge that more could be ordered through DVA when the current supply had run out.
It was recommended that the client see his GP to organize a blood work up to check iron, B12, folate, albumin, total protein, calcium, vitamin D and zinc levels. It was recommended that a copy of the results be sent to SWNS for assessment.
The client is currently reviewed regularly by SWNS. His weight, blood results and any other nutrition related issues are monitored and addressed during each consultation.